Plan and plant ahead to give your home some winter cheer after the holidays—plant an amaryllis bulb. The bulb contains everything it needs to produce large, showy flowers that will brighten your winter days. All you need to do is plant the bulb using seven easy steps, water sparingly, then sit back and watch the growth. Click here to see the seven steps in a simple, one-minute video.

Entrepreneurs are taking advantage of inexpensive former warehouses and factories in Detroit and transforming them for agricultural use to produce local foods.

There’s a growing movement of using vacant buildings and spaces to produce lettuce, basil and kale, and even experiment with fish farming — year-round.

And the city is considering regulations that could expand indoor agriculture even more.

“Fifteen, 20 years from now, we want people to say, ‘Of course they grow kale in that building,’ ” said Ron Reynolds, co-founder of Green Collar Foods Ltd. It built its first indoor-farming research hub in Eastern Market’s Shed 5 in 2015.

END_OF_DOCUMENT_TOKEN_TO_BE_REPLACED

Experts used to say the number of ash trees lost in Michigan was tens of millions.

Now they say hundreds of millions, according to Deb McCullough, a professor in Michigan State University’s entomology and forestry departments. Still, there’s hope for the ash’s survival.

“In a nutshell, what I found is that [ash] seems to be holding on quite well,” said Dan Kashian, who studies ash tree regeneration.

The mortality varies among species, but now the devastation has become an international epidemic, McCullough said. While some patches are worse than others, it’s hard to find a lot of live ash trees in Lower Michigan and much of the eastern and central Upper Peninsula.

The culprit is the emerald ash borer, Agrilus planipennis Fairmaire, an exotic Asian beetle discovered in southeastern Michigan near Detroit in the summer of 2002. Adult beetles are metallic green and about 1/2-inch long. They hitched rides on ship and plane cargo originating from Asia and movint to Detroit.

Read the rest of the article here… 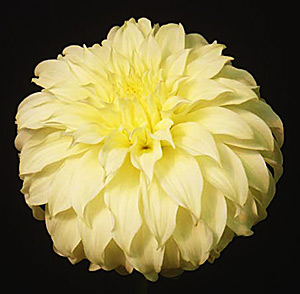 The American Dahlia Society recently announced that ‘Edna C’ has been selected as the “Best Dahlia of the Past 50 Years.” The designation is part of the society’s centennial celebration. The selection criteria included popularity, dahlia show success, and variety longevity. The runner-up was ‘Hamari Accord,’ a yellow medium semi-cactus. ‘Inland Dynasty,’ a yellow giant cactus dahlia, finished in third place. ‘Edna C’ is a large yellow dahlia that creates a “bouffant” effect. Originated in 1968, ‘Edna C’ has been widely grown and successful in dahlia shows throughout North America. Back in 1964, the variety ‘Jersey’s Beauty’ was acclaimed by the American Dahlia Society as the best dahlia during the society’s first 50 years.

The Garden Club of America (GCA) has awarded Bob Grese with an honorary membership. The GCA is the first national federation of American garden clubs, with 200 member clubs and over 18,000 members across the country. Established in 1913, GCA has long championed the conservation and study of our nation’s rich heritage of designed landscapes and gardens. Generations before these needs became evident to most citizens, the GCA spearheaded many pioneering efforts to document and steward significant heritage sites—and create endowments to allow their continuity and study.

The decision by the Garden Club of Michigan to nominate Bob was unanimous, says Mary Roby, who has served as President of the Michigan club and also as a GCA Director. “Bob’s work in landscape design, leading to becoming an authority on Jens Jensen and studies of ecological landscape design, are so important,” notes Mary. Bob says he’s thrilled to be associated with such a prestigious group of leaders in horticulture and conservation. “I have long been familiar with the club’s support of students studying horticulture, landscape architecture, ecological restoration, and other aspects of plant science and conservation,” he says. “Many of my own students over the years have been supported through these scholarships.”

“The competition is a tremendous learning experience that pushes me beyond the academic requirements of the classroom and requires me to dig deeper and explore information and learning outcomes in areas that I otherwise may never have developed,” senior Ben Harcey said. “The competition also provides the platform for MSU to consistently represent the school and the horticulture program as one of the finest in the country.”

The four-day event consisted of educational workshops, a career fair and 28 competitive events dubbed the Landscape Olympics. The MSU team members were among 683 students representing 63 colleges and universities from across the United States and Canada.

Get outside and train your eyes onto the forest floor. Morel season is on in Michigan.

“People are already finding the black ones around Jackson,” said Chris Wright, executive director of the Midwest American Mycological Information.

That name roughly translates to “people who love growing and foraging for mushrooms.” The Farmington Hills-based nonprofit organization leads classes in safe mushroom foraging, which are required for people who want to sell mushrooms they’ve collected.

“There a big mystique about morels,” Wright said. “They only come up once a year, and it’s fun to trample through the woods and try to find them.”

Donna Davis thought she had hit the jackpot with the two bags of mushrooms she collected in the woods of Northern California’s Salt Point State Park. Instead, she ended up in the hospital, facing the possibility of a liver transplant, after mistakenly eating a poisonous mushroom known as the death cap.

The 55-year-old life coach and her boyfriend had collected chanterelles, matsutakes and hedgehog mushrooms, all sought-after edible species.

That night, Davis made mushroom soup for herself, her boyfriend and a group of their friends.”It was amazingly delicious,” Davis says. So good, in fact, that she had two bowls.

And she felt fine. Until the next afternoon.